Wild Copper was a group from France. In this demo, both music and graphics is quite awful but the coding and effects is cool though! At one point the scroll-text is magnified, when passing behind some orb’s. I believe that it was in the first part of the demo. A little further into this demo, it went to CLI (or it looked like it) – somewhat cool!

Most of the tunes is composed by, Pat and one by Laurent, in a SoundTracker like version. The track ‘Starscroll’ uses Amiga voice samples. 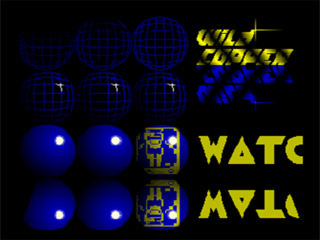 In the demo you could change the music and there is a rather good verson of ‘Big in Japan‘ originally by Alphaville – but I don’t know who made the included version.

Source of inspiration and material: Exotica