Kefrens were a very productive demo-group from Denmark. They created a numerous number of intros and demos, including the megademo Desert Dream.

Desert Dream is a bit boring at first but after all the Egyptian stuff is over, it’s turns into quite great demo. It contains a bundle of well known effects, but twisted in a somewhat new way. Apart from the beginning, this demo is really great. 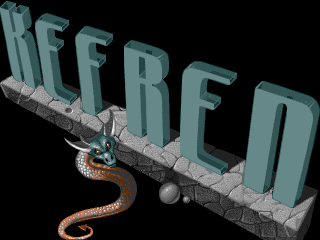 The music is quite good considering that I’m not a big fan of the “Amiga Style Techno” genre that was standard at that time and is to be found in almost all Amiga demos. The megademo also contains some really great graphical work.

I especially love the parts with the 5 colored balls and the 3D star scroller – 4800 stars in two bit planes.

Desert Dream won first place at the Gathering of ’93 in Norway.