Back, when I was a little boy, I had this wonderful mix on tape. It was back in 1987-88 and I got it through a friend’s friend – or something. At that time, I didn’t know the name of the mix, I only knew that this was, one of – if not – the greatest Depeche Mode mix ever made.

The mix includes some early work of Depeche Mode and Yazoo with a bit of Bronski Beat. The mix contain tracks from various LPs, singles and official remixes. I know many of the tracks by heart, but are still amazed by the clever mixing of each track used.

A few months ago, I’ve got me a fully working turntable and fetched me a bunch of old vinyl records from my cellar and played them all day long. Among the records, was the Servant and Mastermix.

I quickly sampled the mix onto my computer, cleaned it up a bit and then played it repeatedly.

After listening to it, and then some CDs, I discovered that the old vinyl sound was a bit dull and lacking of crisp sound details, possible due to a bit too much cleaning. The original record version is not good either – it has way too many cracks, hiss and pops, that makes it impossible to play it real loud.

I have several copies of the Servant and Mastermix, in various qualities and pressings, and by todays standard, the sound quality is somewhat horrible – even though the vinyl record has a more dynamic sound than the digital CD.

Something has to be done

Now, the ‘Servant and Re-Mastermix’ project … is born. 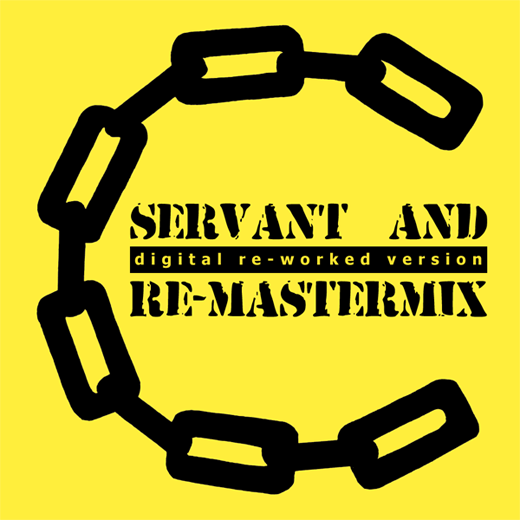