Take a trip back in time, and listen to some of the work from Konami games. 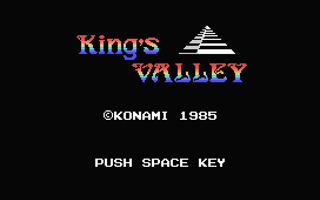 Game music from ‘King’s Valley‘. Game made by Konami and was released in 1985 by Konami.