Take a trip back in time, and listen to some of the work of David Dunn and Aidan Bell.

There is not a whole lot of music in Elite. But still, I believe the most famous part, perhaps in any game, is the docking sequence music. While the spaceship is docking, the computer plays ‘An der schönen blauen Donau‘ originally written by Johann Strauss. This is ofcourse a reference to the movie ‘2001 – A Space Odyssey‘ by Stanley Kubrick.

The Commodore 64 version of ‘An der schönen blauen Donau‘ was arranged by David Dunn. 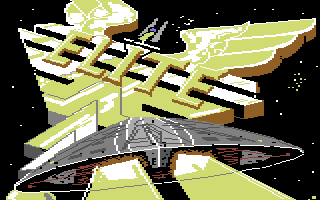 Game music from ‘Elite‘. Game was created by David Braben and Ian Bell and was released on Commodore 64 in 1985 by Firebird.